The bus pulls up to the stop and a number of people embark on a trip to and from different locations. The bus is a convenient and safe way to travel. Read on to discover all about buses. We will be exploring some of the history of this vehicle, the reason behind the “yellow” and much more. Are you ready to catch the next bus to adventure? Let’s go! 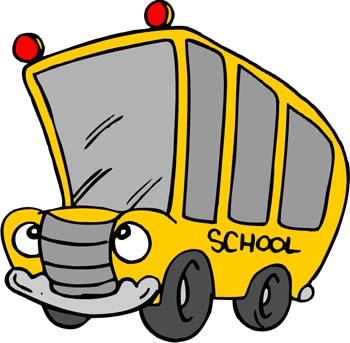 The History of the Bus

Buses have been around for quite sometime. They have come a long way since their introduction. Check out the history of the bus.

Ponder this Bus Stuff: Before 1920, what did buses have instead of glass windows? Find the answer in, More Freaky Facts.

It’s All About the Yellow

Have you ever wondered why the school bus is either yellow or orange? These facts may surprise you.

Yellow is an attention-grabbing color. In fact, studies show that people notice the color yellow over all the other colors.

Humans can detect yellow even from the corner of their eyes. Scientists have discovered yellow is 1.24 times greater for catching our eye, even over red.
The color yellow is easier to detect in dim light or bad weather.
Because of these reasons, all school buses in the US must be yellow.

Ponder this Bus Stuff: What “yellow” fruit is “school-bus-yellow” most similar to?

Why Are There No Seat Belts?

You are probably always told by the driver of the vehicle to “buckle up!” So why then do buses not have seat belts?

Starting back in the 1970’s, government officials took a hard look at the school buses’ design. They decided for the safety of all children, they would take the “passive protection” route. This means, no seat belts. However, don’t worry, they also decided on a safer design.

It’s all in the seats. Bus seats are designed with high padded backs and seats, padded rails and stanchions (strong, upright poles). In addition, the seats are a specific distance apart for optimal safety. Plus, (what you hopefully will never see) they are designed for a certain rate of collapse in case of a crash. Even the size of the windows has all been taken into consideration. These are designed to protect you from being ejected through one if the bus were ever in an accident.

Ponder this Bus Stuff: What is another safety feature on a school bus that helps drivers on the road? 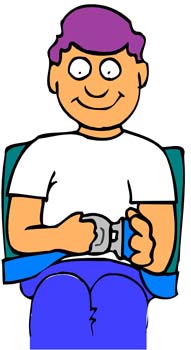 We haven’t driven past all the fun just yet. Here are the answers to your ponder this bus stuff questions and other freaky facts. Check it out.

Now that you have learned all these fascinating facts, go and impress your friends and family with your new-found knowledge. Who knows? You might just become known as, “the keeper of all things bus-stuff.”