The reason that they call it ‘The British Isles’ is because it is actually made up of two different nations: The United Kingdom of Great Britain and Northern Ireland (also known as the UK) and the Republic of Ireland. These are each separate islands with varied landscapes, rugged coastlines, marshes, moorlands and fertile rolling farm lands. In the past the British Empire had so many countries under its rule there was a saying that ‘the sun never set on the British Empire’. It is because of this that English is the main language of so many countries today. 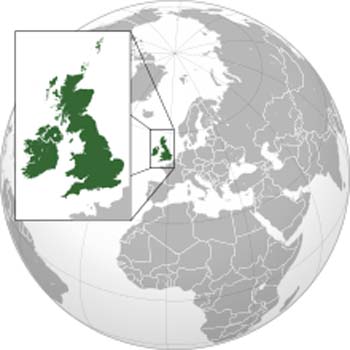 The area known as the British Isles went through a number of changes throughout history. Due to its location, there were many cultures that invaded, conquered, took over and then left.

Archeology has shown that the Atlantic coast regions had a change over from the palaeolithic hunter-gatherer survival factors to the development of villages around 4,500 B.C. The villagers began to develop a sense of architecture at that time, often living in communities that resided in one large wooden ‘longhouse’. Stoneworking was developed around the 5th millennium B.C.

Throughout the centuries the working of stone, specifically in larger sizes, is thought to have represented passage graves. Later, astronomical themes were added to assist in the understanding of the passage of the sun and when to plant crops. The later Neolithic era peoples built the most mysterious stone buildings, the most notable of which is Stonehenge.

The British Channel was a major obstacle, however, there were many waves of both invaders and immigrants that showed in in the British Isles. Nearing 2,000 B.C. a group that were known for their bell-shaped drinking vessels, also called ‘beakers’ as well as bronze daggers appeared in the area. It was this group that introduced the Bronze Age, horses and alcohol to the British Isles. 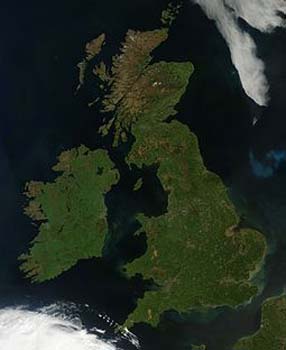 Caesar of Rome made his appearance in the British Isles in 55 B.C. and was met with many battles as the people tried to protect themselves. The Roman troops stayed only long enough to demonstrate their power and then left to return again with more ships and men and establish a stronghold. It would be another century before the Romans showed up again on the shores.

Southern Britain established a line of Celtic kings and they continued to protect themselves in Gaul against the Romans. The contact with Rome and its civilization had long lasting influence, bringing a level of sophistication and wealth to Britain. They began exporting many of the riches of the area such as metals, grain, animal skins, silver and gold and importing such things as jewelry, glass and luxury items.

During this time of trade, the Celtic kings became wealthier and more powerful, however, they did not increase any friendly attitude towards Rome itself.

In 43 A.D. the area of Kent saw the arrival of four Roman legions and it was at this time that long lasting battles began. Roman soldiers were well-trained and well-equipped for the art of war and the residents could not combat against them, even though they tried. Finally, emperor Claudius arrives in what is now the city of London, complete with new troops and elephants to take over the area.

Celtic tribes made attempts to negotiate with the Romans. Some established friendly relations while others simply accepted defeat. Rome left many of the friendly chieftains in positions of power as they were now allies.

It took only four years for all of Southern Britain to be defeated by the Romans. Since Romans were famous for building roads, they constructed a raised road that is now known as the “Fosse Way” that stretches from south Devon to Lincoln.

One of the wealthy families in Great Britain fights back against the Romans. The daughter of the house, Boudicca creates an uprising that is quickly joined by many other Celtic tribes to remove the Romans. Their gallant efforts allow them to attack and destroy the Roman garrison at Colchester and they plunder much of the Roman wealth. She is finally overcome and defeated by the Roman troops, but it proved the power of women warriors in the British Isles.

The Romans continued to stay in the various areas, setting up garrisons and sending more and more troops. The British emperor Hadrian visits the British Isles in 122 A.D. and constructs a wall, now known as Hadrian’s Wall that stretched seventy five miles.

The various Roman troops were often left in the British Isles for years and many developed relationships within the various villages. It was not uncommon for the soldiers to marry and have families, thereby integrating Rome within the Celtic lineage.

As Rome declined, so did their power over the many countries that they had taken over. The people of the area were left without protection and it was then that they were conquered by the Angles and the Saxons, whom we now call Anglo-Saxon.