The human brain is one of the most powerful organs in the body.

It allows us to think, store memories, analyze and make judgments while at the same time it controls other areas automatically, such as breathing.

The human brain has been listed as the ‘original computer’ and has evolved over time in both size and complexity.

Brain Facts for Kids The human brain weighs 3 pounds and is made up of 60% fat. The brain on average makes up 2% of the human’s body weight. The brain consists of the cerebrum, the brainstem, and the cerebellum.

Most scientists still don’t understand how the brain works, although they understand small parts of it. 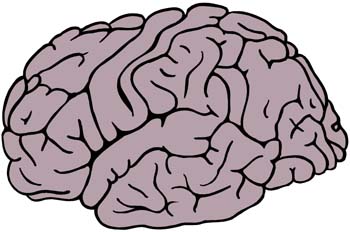 Parts of the Brain

The brain is made up of three different parts the cerebrum, cerebellum, and brainstem

The cerebrum: this is responsible for a number of things like speech, motion, it also controls movement and learning it’s the largest part of the brain.

The cerebellum: this sits just under the cerebrum as you can see in the diagram below its main function is for helping with muscle movements making sure you sit up straight and your posture is also responsible for balance.

The brainstem: plays a really important function by connecting the cerebrum and cerebellum to your spinal cord. It automatically looks after many of our bodies function like body temperature, digestion, heart rate and even things like sneezing and coughing.

The cerebrum is split into two sections the left hemisphere and the right hemisphere.

Both of these are connected by tiny little fibers called corpus callosum to help send signals from one side of your brain to the other.

Scientists don’t completely understand why each side controls the opposite side of the body.

In 1960 Roger W. Sperry (who is also a Nobel prize winner) from Connecticut in the USA conducted research and came to the conclusion that the left brain is very good with analytical and verbal tasks and the right brain can be very good at reading/writing and music. 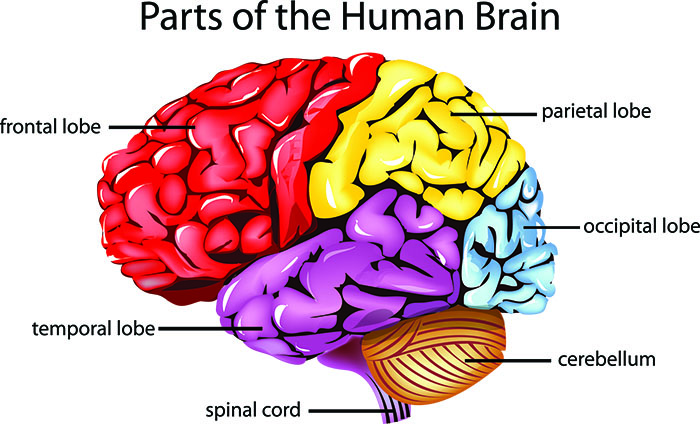 Lobes Of The Brain And Their Functions

The cerebrum is also split into four lobes and these are called frontal, parietal, occipital and temporal.

Each one is responsible for the different functions that we use in our everyday lives. 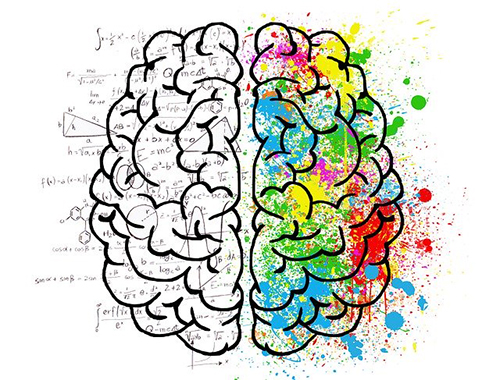 Keep the brain active making sure you get enough sleep at night time.

Staying physically active and making sure not to smoke.

Alcohol can inhibit brain activity so make sure this is limited.

Ensuring you are eating a balanced diet and keeping away from saturated fats.

Many people also believe that having good social connections, conversation and reading can also really helped with brain activity.

Everyone at some stage will have a “senior moment” where we can forget simple little things or even things like people’s names.

Memory lapses can happen at any age and it’s not always down to a decline in memory as we sometimes see in older people.

Creative Side Of The Brain

The left side of the brain is the creative side.

To improve you need a creative hobby such as playing the piano, storytelling can also enhance the creative side of your brain.

Many people find things like drawing and being able to relax and think can really help to bring out the more creative side they may already have.

Allowing your mind to wander and think writing down ideas development and further can really help to get your creative juices flowing.

Many artists and musicians, for example, enjoy some of the finer things in life that help them to be more creative. 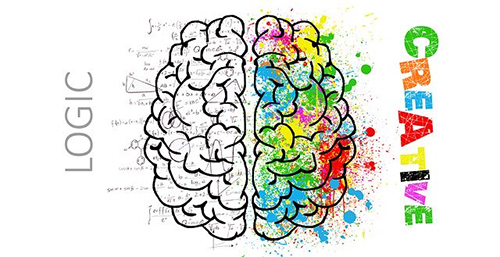 There are a number of diseases that can affect the brain.

These can cause some or total limitations and can affect the brain as well as other parts of the body.

Some of these diseases include Parkinson’s disease, Alzheimer’s disease, and multiple sclerosis.

Scientists have tried to study the brains of those people that were geniuses and passed away to see if there is anything specific that gave them their talents.

Einstein was one of the geniuses of the twentieth century. He approved for his brain to be removed after his death and used for the study.

Many sections of his brain were shared with scientific groups around the world.