If you have ever been on a boat you already know how much fun it is.

Boats have been around for thousands of years and play an important role in our lives.

We depend on these “water-vehicles” for many things.

Read on to discover all about boats. 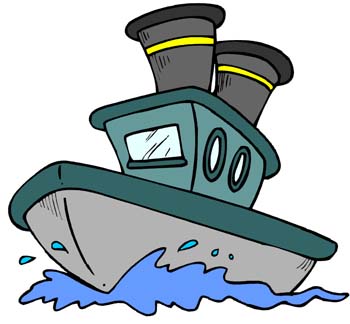 We will be exploring the history of the boat, the different types of boats and so much more.

So grab your lifejacket and lets dive right in.

The History of Boats

Believe it or not, the first known boat dates back around 8,000 years-ago.

Although, boats have been around a long time, the Ancient Egyptians were the first to be credited for it.

They made them from the papyrus plant. These boats were long and thin and were used for short trips or fishing along the Nile.

As time went on, the Egyptians became more knowledgeable about the construction of boats.

In fact, these early people learned how to make many different types of these water-vehicles.

Wooden Boats: these boats were made from the acacia tree and also from cedar they imported from Lebanon.

The Egyptians then added a sail to make travelling faster and easier.

Cargo Ships:As time went on, they learned how to construct bigger boats. These were so sturdy they could hold 500 tons of rocks!

Funeral Boats: these small model boats were used in funerals.

The boat would be buried with a person to help carry them to the afterlife. Some Pharaohs actually had full-size boats buried with them in their tombs.

Ponder This: the early Egyptians didn’t have any nails. How did they keep their boats from falling apart? Find the answer in More Freaky Factoids.

It’s All About the Buoyancy

We know that boats float, but did you ever wonder how it happens?

The science behind this wonder is really quite simple. It’s called, Buoyancy.

Buoyancy is an invisible upward force. This force goes to work when an object is placed in the water (or any liquid).

If the object is very dense (like a stone) then the force cannot hold it up and it sinks.

The object must be less dense than the water.

When people first started making boats, they realized they needed to hollow them out.

This makes them less dense and allows the water to exert enough force to keep it afloat.

Ponder This: which boat do you think will move faster, a flat-bottom or a v-shaped bottom?

Since humans learned how to navigate through the water, they began to build many types of boats. Read on to see how many different boats we use today.

Ponder This: a megayacht is a type of luxury boat owned by a person or even a company. These boats can reach tremendous lengths. How long do you think the biggest megayacht is?

What NOT to Do On a Boat

Since people don’t float all that well, there are some things you should never do on a boat. Check out our safety rules for fun boating.

Ponder This: what is the one thing you should ALWAYS do in a boat? 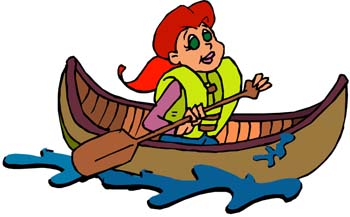 We haven’t floated over all the fun just yet. Here are the answers to your ponder this questions and more freaky facts. Check it out.

Now that you have learned all these fascinating facts, you can float over to your friends and family to share your new-found knowledge.

Who knows? You might just become known as “the captain of the best boat facts ever.”