The Black Sea, also known as the Euxine Sea is an inland sea of the Atlantic Ocean. The Black sea covers approximately 436,400 square kilometers with its deepest point measuring about 2, 212 meters. True to its rather inhospitable name, the sea has a few unpleasant attributes. For instance, it is challenging to navigate the sea. The initial sailors attributed the difficulty in navigating to the savage tribes who have occupied the seashores. 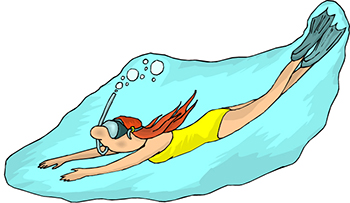 Life in the Black sea

A study has shown that aquatic life at the Black sea is inactive. This fact is caused by the significant absence of oxygen in the water. Essentially, the Black Sea is said to be the most massive water body with a meromictic basin. This means that there is little water movement in the upper and lower layers of the sea. Without sufficient movement of waters between these two layers, the supply of oxygen is significantly reduced. Notably, the quantity of oxygen dramatically reduces as one goes dipper into the sea.

Despite the reduced oxygen levels, swimming in the sea is said to be a particularly safe adventure. This is due to the notable absence of high or low tides. More so, the water levels at sea remain almost the same because the sea is quiet and calm.

1. What is the location of the Black Sea?
2. Name the six countries that share a border with the Black Sea?
3. What has led to the vast presence of ships and human remains in the sea?
4. How would you describe water movements in the sea?

1. Located between South-Eastern Europe and Asia Mino
2. Bulgaria to the West, Turkey to the south, Russia, Georgia and Ukraine to the North and East.
3. The argument put forth is that the process of decomposition of the remains is significantly slow due to the sea’s low oxygen volumes.
4. They are unusually quiet and calm.