You have probably zoomed around on a bicycle. These vehicles are a fun and easy way to get from one place to another. Plus, it’s great exercise. Read on to discover all about the bicycle. We will be exploring the history of the “bike”, what it is used for and much more. So let’s pop-a-wheelie and discover the world of the bicycle. 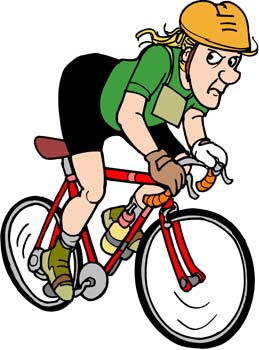 The History of the Bicycle

Did you know bicycles have been around for about 200 years? But these “people-powered” vehicles didn’t always look the way they do today. Let’s check out the history of the bicycle with its most significant dates and changes.

1817 – Barn Karl von Drais from Germany invented a “Running Machine.” It had a bicycle-like frame and two wheels. However, instead of peddling this contraption, the person would do a glide-walk.

1860’s – the “Boneshaker” was invented. It had an iron frame and wooden wheels. It also had pedals and cranks on the front wheel. It got its name from the shaky ride it provided.

1870’s – this was the first model to be an official “bicycle.” It had a big wheel on the front. This allowed the rider to go further with one pedal-push. In addition, it had rubber tires, which made it more comfortable to ride.

1885 – John Kemp Starely took the bicycle design and made it better. He added a chain to make pedalling easier and both tires were the same size.

1888 – inventor, John Boyd Dunlop took the hard rubber wheels and filled them with air. This made the ride less bumpy and easier to manoeuvre.

1960’s – the racing bicycle was introduced. It had lower handlebars, a lighter frame, narrow tires and different speeds.

Today – bicycles come in a variety of styles. Big or small, bikes are here for all.

Ponder This: People in China depend on bicycles a lot. How many bikes are used in China today? Find out if you are right in More Freaky Facts.

What Are Bicycles Used For?

You might be surprised at all the things a bicycle is used for. Check out the following list to see which ones you knew.

Ponder This: A “tandem” bicycle usually is built for two or more people to ride on at once. How many people does the biggest tandem bicycle carry? 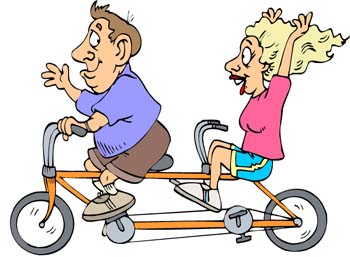 It’s All About Bike Safety

Ponder This: What is one of the most important things you should NEVER do on a bicycle? 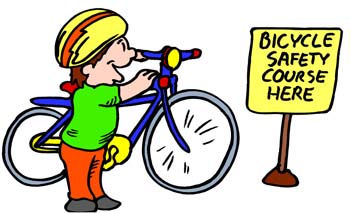 We haven’t cycled past all the fun just yet. Here are the answers to your ponder this questions and more freaky facts. Check it out.

Now that you have learned all these fascinating facts, you can impress your friends and family with your new-found knowledge. Who knows? You might just become known as “the human en-bike-lopedia.” .