The Bering Sea is a marginal sea of the Pacific Ocean that covers an area of over two million kilometers. Specifically, the sea has a maximum width of about 1490 miles long and 990 miles in depth. An aerial view of the sea shows that the sea resembles a triangle. 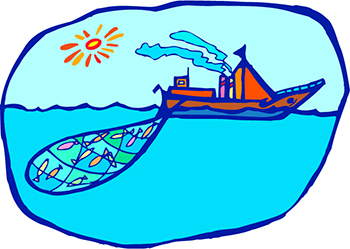 The Sea provides a home to an enormous number of wildlife. Here you will find the endangered species of whales such as the Humpback Whale, Sperm Whale, Bowhead whale and the Sei whale. Also, the sea is home to over 30 species of seabirds. The seabirds that one is likely to find here are the Tufted Puffins, the Red-legged Kittiwakes, and the Spectacled Eider.

The Bering Sea is deeply rich in biological wealth. Mainly, the sea is the habitat to large volumes of commercial fish’ species such as the Salmon, Cod, and Herring. More so, the islands found in the sea form the ideal breeding grounds for the sea otter and the Fur Seal.

The native residents are said to rely heavily on the commercial fisheries for their income. Over the years, the intense fishing at sea has led to a significant decline of the King Crab population.

The sea also draws its economic value from its oil and gas deposits that are said to be found along the margin of the Kamchatka Peninsula. 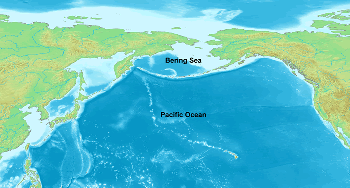 1. What is the most popular economic activity in the Bering Sea?
2. What makes the Bering Sea one of the most dangerous water bodies to navigate?
3. Which Countries share in the sea’s biodiversity wealth?

1. Massive production of fisheries
2. Because it experiences waves that can go up to 30-40 feet high
3. Russia and the United States of America. The American side harvests approximately $ 1 billion worth of seafood while Russian side harvest about $ 600 annual value in seafood.