Belarus and the Baltic States Facts

Belarus and the Baltic states relate to a number of countries that were under the rule of the USSR until 1991. They refer to the countries of Belarus, Latvia, Lithuania and Estonia and are marshy, low-lying countries next to the Baltic Sea. Many of these countries were fought over by other domineering cultures for centuries. Because they really never had a chance to develop their own individuality, these countries are often poor. 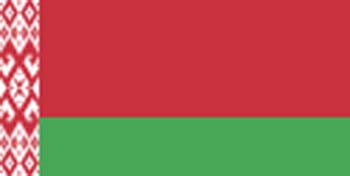 Religions: All of the Baltic States share Christianity as the most common religion; Orthodox and Catholic are the two dominant Christian religions.

Literacy percentage: 99%
People living in the Baltic States can expect to live between 69-72 years

Language: Each of the countries has their own language.

Throughout history the small countries known as the Baltic States have tried to maintain their own cultures and traditions. The people of Lithuania and Latvia were known as the ‘Baltic peoples’, however those that are from Estonia were known as ‘Finnic peoples’. After the Middle Ages and post-Livonian Crusade, the people within this region were also called ‘Baltic German’.

The people living in the Baltic States were considered to be pagans in the 13th century and were targeted by the Northern Crusades to convert them to Christianity. Once the lands were conquered and converted they were divided up into four areas known as ‘bishoprics’.

The Baltic States were the center of many battles throughout history and Northern Estonia was even purchased in the middle of the 14th century by the Teutonic Order. Many of the crusaders that fought the battles were of German descent and this influence both the traditions, record-keeping and language of the countries through the first half of the twentieth century.

While Lithuania was also a special target for possession, they managed to keep their country somewhat free to become the Grand Duchy of Lithuania in 1252. Their alignment with Poland created a dynastic union and in 1569 they became the Polish-Lithuanian Commonwealth.

One of the things that happened in the restructuring of the borders was the dissolving of the Polish-Lithuanian Commonwealth in 1795. At that time, the territories were absorbed into three countries: Kingdom of Prussia, the Russian empire and the Habsburg Empire.

Strangely, the people in these countries looked to the Nazi Germany invasion as liberators from the cruelty of the Soviets but by 1945 the Soviet occupation was continued and many people lost their farms, homes and were deported to other countries.

The demand for their independence brought the countries into direct conflict with the Soviet Union but by 1991, the communist regime was experiencing problems and they finally recognized the independent countries and by 1998, the Soviets left the countries.