Bet you all love going to the beach, having fun in the waves, surfing or just mucking around enjoying the sun and the sand. Well beaches are far more than just a place to go have a cool time. Read on and find out more about these awesome places to go. 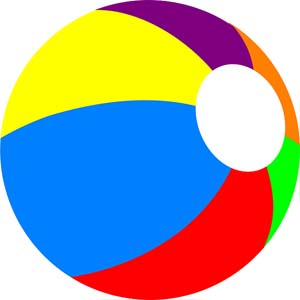 What is a beach?

Stunning coral reefs are a major source of where the sand comes from.
More Cool Facts on Beaches 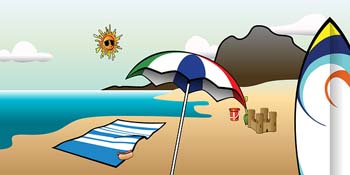 There’s also something that you need to know about beaches, as it can change the time that you decide to dive on in. These are called tides, and they are the most important thing that affects the movement of the water in the oceans. They are like massive bulges of water caused by the gravity of the moon and the sun. As they’re attracted to gravity these big bulges move around the Earth’s oceans. What happens is that the water levels rise and fall. When they rise this is called high tide, and when they fall this is called low tide. They normally go in a 6 hour cycle.

Sea grasses and some other beach plants grow on areas of the beach, or even on dunes, where there’s not much happening.

Now this is cool. Beaches come in all different colours, including white, grey, golden-yellow, brown, red and black. That’s amazing. 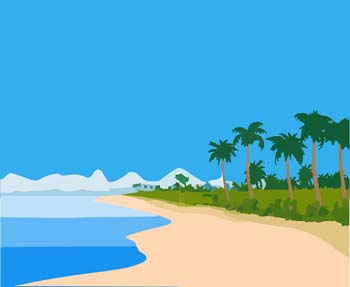 A beach that has been untouched by us humans with things like houses, shops, resorts or even hotels are called wild beaches. Now those sound like great beaches to visit.

If you really want to have an awesome time at the beach, then look for a beach that has a Blue Flag status. They are in most countries around the world. This means that they are safe, the water quality is great and there are heaps of things to do.

According to the Guinness Book of Records, the tallest sandcastle ever made was built in Connecticut, USA, in May 2011. It was 11.53m tall. Do you think you could beat that?

So that’s the score on beaches! They’re certainly interesting places and not to mention fun too!