The Bay of Biscay is found in the south of the Celtic Sea. This gulf forms part of the Atlantic Ocean. France and Spain are the borders of this bay. This bay is thought to be named after the western Basque districts from the northern Spanish coast. The storms during the winter are intense and scary over this bay – so beware! This bay is also known by a few other names such as: The Gulf of Biscaya, Golfo de Vizcaya and Golfe de Gascogne. 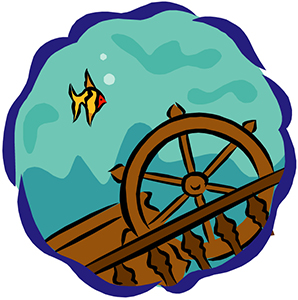 Bay of Biscay Facts for Kids 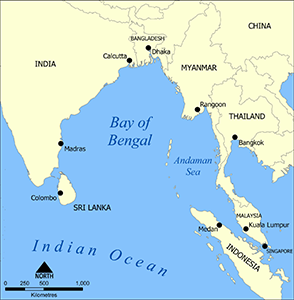 1. What space does the Bay of Biscay cover overall?

2. Name three rivers that join the Bay of Biscay.

3. Which is the endangered whale species that lives in the Bay of Biscay?

4. What is the most popular type of fish in this area?

5. Which sea if the Bay of Biscay part of?