Where do Bacteria Live?

Bacteria are everywhere. They are on almost every surface and we have a lot of good (and bad) bacteria that even live inside our bodies. A single bacteria can’t be seen with the naked eye, so in order to view them you actually have to have a microscope. However, as bacteria grow the group can become large enough to see without a microscope. 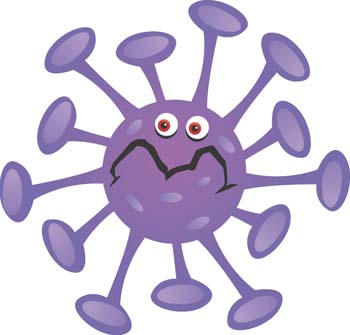 The good bacteria that are in our bodies, specifically our stomachs, help to keep us in a healthy condition and help in digestion and a number of other functions. Bad bacteria can cause health problems, and since they can be found just about everywhere, it is important to constantly wash our hands. Many people refer to bacteria as ‘germs’.

Bacteria reproduce through a process called ‘binary fission’. This means that they divide their cells into two, then four and continue to divide as part of their reproduction. Bacteria can also live and thrive in some of the most bizarre conditions. They have been found in freezing temperatures as well as areas that are boiling hot. Some bacteria can handle radiation blasts one thousand times greater than a human being could candle.

Scientific experiments with bacteria in space has shown that they can not only survive but thrive in zero gravity, while other experiments have resulted in bacteria living after being exposed outside in space. Some scientists believe that bacteria may have arrived on earth when they hitchhiked on asteroids. They were some of the earliest forms of life that appeared on earth and they have even left behind fossils.

All of the different types of bacteria fall into three major shapes:

There are some types of bacteria that group together in chains, pairs or squares while others exist only as individuals.

Bacteria are always hungry and eat a huge variety of things. Depending upon the bacteria, they can eat everything from starch to sugar, iron, sulfur and even sunlight. Since they grow on just about everything and eat almost anything, it’s pretty easy to set up an experiment to grow your own bacteria and even figure out which surfaces and areas may collect the most bacteria.

Can you think of any other benefits for the use of bacteria? If you are interested in doing your own scientific experiment, download the worksheet. See if you can find places that have all three of the bacteria types. 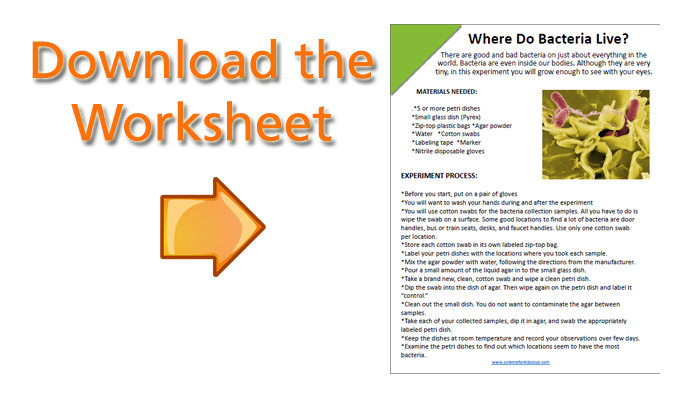