The official name of Austria is the Republic of Austria. Since German is the main language, the name is derived from the German word ‘Osterreich’ which translates to ‘eastern empire’ or ‘eastern kingdom’. It is a landlocked country, which means that it is surrounded by land and other countries that do not give it any access to seas or oceans. Austria is well-known for their beautiful mountainous regions. They are bordered by eight countries: To the north: Germany and the Czech Republic; to the west by Switzerland and Liechtenstein; to the south by Italy and Slovenia and to the east by Hungary and Slovakia. 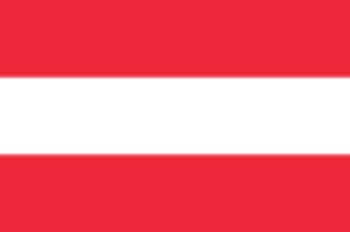 Fun Facts about Austria for Kids: 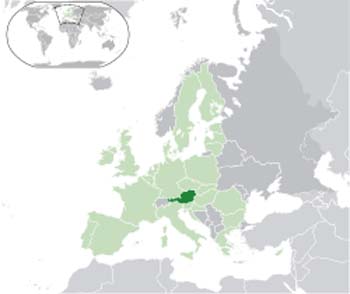 The country that we now know as Austria was occupied by Celtic tribes for most of its history. It was conquered by Ancient Rome and then when the Roman Empire fell, the area was again ruled by the local tribes. In 788 A.D. Charlemagne conquered the area and in 976 A.D. it became known as Austria during the rule of Leopold of Babenberg.

Austria had their own rulers as of 1276 when Rudolf I became the first of many of the house of Habsburg to rule the country of Austria. The Habsburg Empire ruled for over 750 years and expanded the borders of Austria allowing it to become a powerful European center for hundreds of years.

The 1848 ruler, Franz Josef was one of the Habsburg rulers to make a lot of changes. One of the downfalls was to give the country of Hungary more power through the creation of a ‘Dual Monarchy’. By 1919, post World Word I, the Habsburg Empire collapsed and gave way to the Austrian Republic through the Treaty of St Germain.

In 1938, the German Nazi’s invaded Austria and absorbed it as part of their domain. Almost all of the Jewish population of Austria were either killed or forced to leave the country, as were many during the holocaust.

It wasn’t until 1945 when Austria was divided up as part of the end of the war. It was at that time that Austria became an independent country again in 1955.

Due to the wonderful mountains, winter sports, including skiing are very popular in Austria. It has become the home of snowboarders and ski-jumping and the Austrian city of Innsbruck was the host of both the 1964 and 1976 Winter Olympics.

Vienna was the home of the Habsburg empire and has become a center of the arts with their many beautiful palaces. It is the home of many international organizations and tourists come to visit the homes of Beethoven, Mozart, and Strauss.