Have you ever heard of the Aurora? Well it’s an natural marvel that has sent tourists in their millions to see this amazing display! Read on to find out more about the Aurora, and when you’re older make sure you go visit, you’ll be gob-smacked! 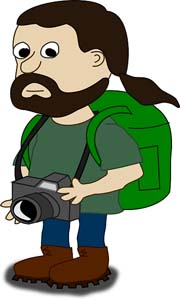 There are particles that are way too small to see with our eyes, called plasma. They stream away from the Sun travelling at a whopping 1,609,344kmph. These particles are called the Solar Wind.

We’ve spoken about plasma, but what is it? It is mainly made up of electrons and some protons. An electron is a tiny piece of electricity that we can’t see. A proton is a tiny particle, that’s smaller than at atom and they are also way too small to see. To understand how small a proton really is; if an atom was the size of a football stadium, then a proton would still be smaller than a marble. Wow, that’s small! 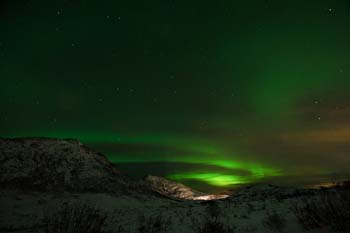 What causes the different colours?

Nitrogen in the air about 95km above the planet’s surface reacts with the plasma in the solar wind and turns the sky blue.

The next colour is purple. This gets formed when the Nitrogen in the air is more than about 97km above the planet’s surface and reacts with the plasma. Voila purple!

Yes, there are more colours and this time oxygen is involved. The oxygen in the air is from 97km to 241km above the surface of the planet and reacts with the plasma in the solar wind, and then we get an amazing green.

When there is oxygen more than 241km above the planet’s surface, it reacts with the plasma in the solar wind and the sky turns an amazing red. How cool is that?

More interesting Facts about the Aurora

Sometimes the aurora disappears when it’s at heights of between 200km to 300km about the Earth’s surface. 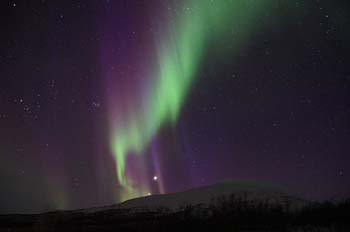 The aurora is really, really strong when solar storms flare up on the surface of the Sun, and it spreads further away from the Earth’s poles.

This is amazing! In 1989, the Aurora borealis could be seen as far south as Florida, USA and the island of Cuba. It must have been seriously strong.

This is cool. Astronauts on duty in the International Space Station that orbits our planet at a height of 370km above the Earth are actually level with the Aurora borealis. Well maybe you should become an astronaut to see this!

Scientists in Canada have been studying the Aurora borealis for more than 170 years…that is a long time.

Wonder how the awesome Aurora borealis got its name? Well it was named after the scientist Galileo and comes from the Roman word for “Goddess of the Dawn” which is “Aurora” and from the Greek word used to describe a “wind of the north” which is “Boreas”. Pretty cool!

There are all our aurora facts. Don’t you think it sounds like one pretty cool thing to see? Well use these facts to wow your friends or to complete a project!