Have you ever looked up into the sky and wondered what was in the sky or what was in the air? Well of course there are stars and constellations, but there’s also the atmosphere. You’ve no doubt heard about the atmosphere but do you really know what it’s all about? We’re going to give you the low-down so you’ll know everything you need to! 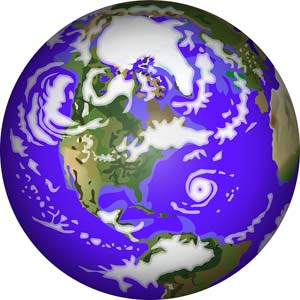 We humans down here on Earth might feel the atmosphere working its wonders by feeling a cool breeze. Or you could be downing ice cold water as you’ll feel it as a hot or humid day. Have you ever felt like a really hot and humid day is pushing on you from all sides? Well it does.

If you compare the diameter of the Earth to the atmosphere, you’ll see that the atmosphere is actually extremely thin and this is because of the balance between gravity, the force which keeps us here on Earth, and energetic molecules right up there in the upper layers of the atmosphere.

These molecules get somewhat excited as the energy from the sun makes its way down to Earth. The molecules in the lower layers are much cooler and under a whole heap of pressure. Molecules are a whole group of atoms grouped together and pretty much everything we know is made up of molecules. 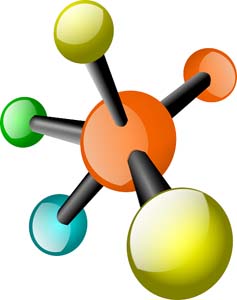 If the Earth were larger, then the atmosphere would be denser, or heavier and thicker. The increase of the mass and gravity too of a larger planet would pull those excitable molecules closer to the surface and the pressure would increase.

Think the atmosphere is just a layer of gases? Well it’s not; it’s a lot more than that. It is actually a source of life for every single creature on the planet. Wow, now that’s something. Most of the atmosphere is made up of nitrogen, but of course it has oxygen too as we said, and carbon dioxide as well which plants and animals need to survive.

Above the atmosphere you’ll also find the ozone layer, which is much higher in the atmosphere. This helps to get rid of some of the harmful rays of the Sun like ultraviolet radiation.

The atmosphere is one amazing layer of gases! It also protects us from space, which is very cold.

Then hot air from the equator moves north or south to other regions. The warm air and the cold air come together, they mix and that’s when storms form.

This constant mixing actually keeps a stable system that helps all those organisms to survive.

The particles that are floating around can actually be seen by us, well some of them. Some things that will allow you to see the air particles are steam, dust and sometimes pollen. Try this. On a sunny afternoon, go and sit by a window where the sunlight is shining down to the floor through the glass. Lie down underneath the window and look up through the light. You should see sunlight reflecting off the particles in the air, things like dust particles or small pieces of hair. Not all particles can be seen, but this is a cool way to see some of the particles that we can see. 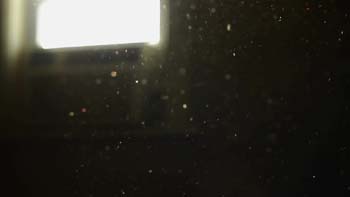 This is good to know! Oxygen will never run out in one area of the planet, phew at least we know we can breathe, and temperatures won’t ever hit the roof in another area. Basically the atmosphere keeps everything nice and stable. Well, we say good for our atmosphere! Imagine our lives without it. So, now you know the score on the atmosphere and all that it’s about. Go forth and spread your knowledge far and wide!