Armenia is a landlocked country, which means it is surrounded by other countries and land and doesn’t have access to any sea or ocean. It is officially in the continent of Asia, sharing its borders with Georgia, Turkey, Iran and Azerbaijan. It is a part of the world that is called Anatolia or also known as the Anatolian peninsular. Other names for this part of the continent include Asia Minor. 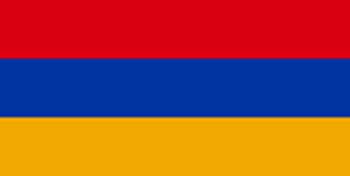 Fun Facts about Armenia for Kids: 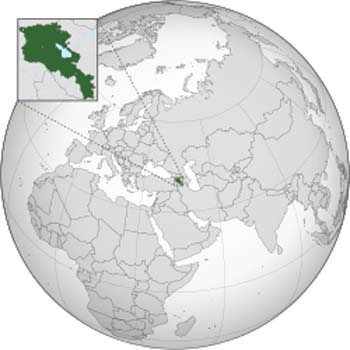 Armenia became the first Christian nation in 301 A.D., however today it is almost completely surrounded by Islamic countries.

The Ottoman Turks, during World War I, forced many Armenians to leave so that they created ‘diasporas’ in foreign countries. These are groups of Armenians that live and support each other in a communal fashion.

Although Armenia became independent in 1918, it was invaded by communist army in 1920.

The transition to independence has been difficult and the economy is very poor. Approximately one in every four Armenians live at the poverty level.

Due to the poor economy, many people that live in the rural or country areas live in extended families. Those that do live in the cities reside in apartment buildings and many are rundown.

Armenians value education and many of their children learn multiple languages including English, Persian and French when they are in elementary school. By the time children graduate high school, it is not uncommon for many children to know three to four languages.

The ‘Republic of Armenia’ is listed as a Republic and the population elects representatives to their parliament. It is the parliament that creates the laws that the people must follow.

Even though it is a small country, Armenia is very densely population. The Ararat plain makes up only around ten percent of the total territory but it has about half of the population living there.

Armenia is a volcanic and rugged country that has a lot of resources in minerals. It is, however, highly prone to occasional droughts and earthquakes.

Due to the rich soil, Armenia does have a lot of agriculture, specializing in fruits, with a high growth of grapes. They raise a lot of vegetables and livestock.

The main exports for Armenia include: mineral products, energy, diamonds and food.