The Arctic is quite possibly one of those places that you don’t want to visit, unless you plan on becoming a famous explorer and adventure.

Well let’s get on with it and see what this freezing place is all about. 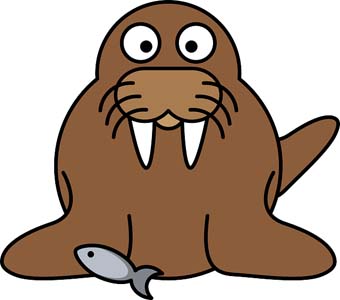 Where is the Arctic?

The Arctic is right up in the northernmost part of Earth.

It is also called the Arctic region which is made up of the Arctic Ocean, brrrrrr, parts of Russia, Greenland, Canada, USA, Norway, Iceland, Sweden and Finland.

It is certainly spread out far and wide.

Scientists often describe the Arctic as the area above the ‘Arctic Circle’.

This is actually an imaginary line that circles around the top of the globe.

As the Earth tilts, there is at least one day a year that’s in complete darkness.

Can you imagine trying to find your way around and how cold you’d be!

But, there is also one full day of sunshine.

That would be quite weird.

Who lives in the Arctic?

There are indigenous people who live here, called the ‘Inuits’ and they’ve found extremely inventive ways to adapt to the unbelievably severe living conditions, which is one of the harshest places on the planet.

Wow, there are over 4 million people that call this home, not just Inuits, there are other people living there too.

Scientists wanted to check if the ice sheet in the Arctic Ocean rested on land or water, so in 1958, a submarine called the USS Nautilus sailed beneath the frozen ice of the Arctic Ocean.

They proved that this massive ice sheet rests on water. Job done, now we know!

How did it get it’s name?

The word ‘Arctic’ comes from the Greek word for bear, Arktos.

But if you think it’s about polar bears, then think again.

Apparently the name refers to two constellations that are seen in the northern sky — ‘Ursa Minor’ (Little Bear) and ‘Ursa Major’ (Great Bear).

Over recent years, the Arctic region has shrunk due to global warming, which is the gradual increase of the Earth’s temperature. 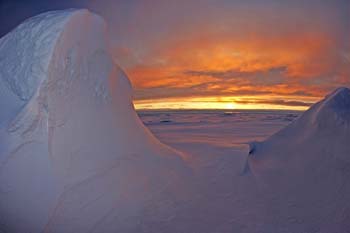 Do animals live in the Arctic?

Surprisingly, there is life on the Arctic, despite its weather conditions.

But again, these forms of life have adapted. T

There are also some animals including polar bears, wolverines, squirrels, birds, walrus’ and seals.

They’ve got some survival power!

An amazing species found only in the Arctic is the narwhal, which is often called the ‘unicorn of the sea.’

What a strange name, so why is it called that.

Male narwhals have a straight tusk that comes straight out of the front of their head and it can grow to over 3m in length!

Ever wondered where the North Pole was, well its right here in the Arctic.

The Arctic has quite a few natural resources including fish, oil, gas and a number of minerals. 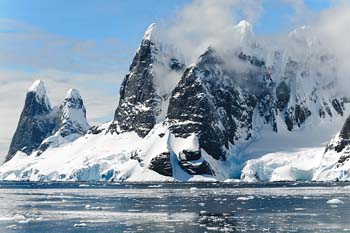 The ice of the Arctic has about 10% of the world’s fresh water.

This giant, white, frozen reservoir, which is a massive natural place that collects water, and it reflects sunlight, helping keep it cool.

It also plays a massive role in keeping our global climate stable.

So, there it all is…some awesome facts about the Arctic.

We hope you enjoyed them and you’re the Arctic expert.