Almost everyday, we hear of one sea or the other. Many can have harsh weather conditions, high salt concentration,or even be the habitat to some of the deadliest animals in the world.

Other seas can have moderate salt concentration, moderate weather conditions, or be home to a large number of friendly animal species. Seas in the world most times, vary in size, depth, and also in nature. Many of these seas can date back to millions of years ago, and some can be just several thousands of years back. But as a child, there are special seas you need to know about. One of them includes the Arafura Sea, which is located between the countries of Indonesia, Papua New Guinea, as well as Australia.

The entire Arafura sea is well known to have wonderful characteristics that thrill children almost everyday. Below are a few interesting things you as a child should know. 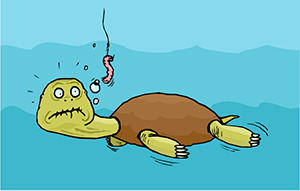 Question: Which Of Its Islands Is The Largest?

Answer: The Aru Islands of the Arafura Sea is known to be the largest of all the islands.

Question: Can Large Ships Sail Across The Arafura Sea?

Answer: Because of the sea’s low depth, large ships may find it difficult to sail across.