Seas as we all know are large bodies of water, although,not as large as oceans. In the world we live in, we can always come across seas in almost every area. These seas most times do vary in size, depth, salinity, geology, ecology, as well as even age. Yes, age matters a lot when it comes to large bodies of water. Many of them must have been formed several millions of years ago, and others several thousands of years ago. But everyday, these seas get even larger and larger. Knowing a lot about seas can help you even in school projects.

Seas around the world all have differences. Some of which include the possession of islands, possession of certain animal species and also, climate or weather conditions. Some seas can be located in an area with harsh weather conditions, and sometimes can remain frozen all year round. One moderate an popular sea you should find out about is the Arabian sea.

The Gulf of Aden in the west, connects the Arabian Sea to the Red Sea through the strait of Bab-el-Mandeb. The Arabian Sea has been crossed by important marine trade routes since the third or second millennium BCE. Major seaports include Kandla Port, Okha Port, Mumbai Port, Nhava Sheva Port (Navi Mumbai), Mormugão Port (Goa), New Mangalore Port and Kochi Port in India, the Port of Karachi and the Gwadar Port in Pakistan, Chabahar Port in Iran and the Port of Salalah in Oman.

There are several Islands and Coastlines on the Arabian Sea, some of the largest islands include Lakshadweep Islands in India, Socotra Island in Yamen, and, Astola Island in Pakistan. The Arabian Sea historically and geographically has an Alternate names, given by the Muslims, European Geographers and Travellers, which includes Indian Sea, Persian Sea, Sindhu Sagar, Arabbi Samudra, Erythraean Sea, Sindh Sea, and Akhzar Sea. 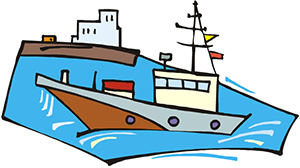 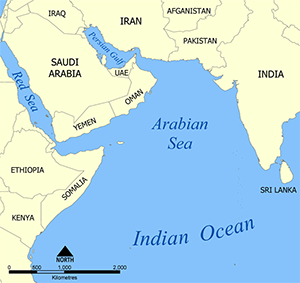 Question: Has The Volcano Of The Sea Ever Erupted?

Question: Does The Sea Have Islands?

Answer: Not yet. The sea does not have any major island.