Welcome to the world’s freezer, the Antarctica! We’ve got some awesome facts about Antarctica, the super seriously cold and icy continent that’s right in the southern part of the globe. Are you ready to become Antarctica savvy? 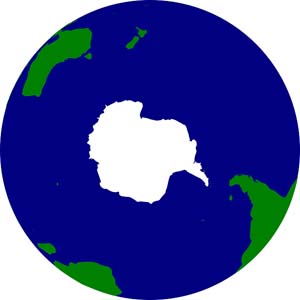 This is amazing! It is almost double the size of Australia! That’s massive.

If you live here, clearly you won’t be happily crossing bridges because the Amazon River is the main form of transport for people and their goods. You’ll find balsa rafts and dugout canoes to hand-built wooden rivercraft and modern steel hulled craft.

Even though this is one seriously icy planet, there are some plants and animals that have amazingly adapted to the cold and now call this place home, like seals and penguins.

People don’t actually live in Antarctica, but you do find a couple of thousand people who work in research stations. They’re certainly going to have to dress up warm.

About 90% of the ice on Earth is found here. Hardly surprising thinking about how cold and icy it is!

For the ice continent, this is amazing. There are dry valleys, which are the driest places of Earth. There’s not much humidity and hardly a flake of snow or ice cover. Wow!

This is cool. Antarctica provides 70% of the planet’s fresh water and 90% of the freshwater ice.

There is a mountain range on Antarctica called Gamburtsev Mountains (that’s quite a mouthful) and some of their peaks rise to 3,000m and stretch 1,200 km across the centre of the continent. They are completely buried under 4,800m of ice.

Underneath all that ice there is also a lake called Lake Vostoc filled with freshwater buried under 3.7km of solid ice. It’s about the size of Lake Ontario.

Antarctica is home to one of the longest mountain ranges on Earth. It is called the Transantarctic Mountains and is 3,500 km long! These mountain ranges divide the continent into East and West. 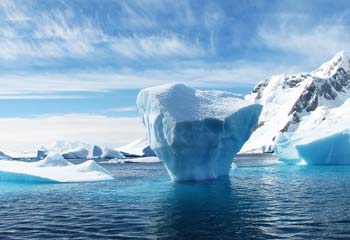 The highest point on Antarctica is the Vinson Massif at 4,987 meters. Wow that’s tall!

No one knew that Antarctica existed until it was first spotted in 1820. Only 20 years later was it actually proven that it was a continent and not a group of islands.

Want to know who reached the South Pole first? Well it was a Norwegian explorer by the name of Roald Amundsen. He beat Robert Falcon Scott, an English explorer, by planting the Norwegian flag on 14th December 1911. Do you think you’d be brave enough to travel there?

There is as much ice on Antarctica as there is water in the Atlantic Ocean. Wow!

We hope you find these facts useful, and maybe you can ace that next Geography quiz with all this cool information.