The Aardvarks is a strange-looking animal. It looks a bit like a pig. It has a tale that will remind you of a kangaroo, and with ears that look like rabbits ears.

The funny thing is that one of its closest relatives is the elephant. They have webbed feet like a duck and snout-like a pig. 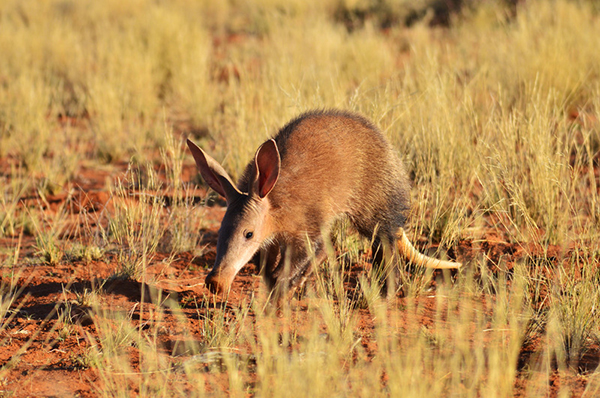 Their hind legs are longer than the front legs, and with powerful spade-shaped feet that help with digging, they are a very distinctive looking animal.

They are timid creatures, and it’s a rare sight to see them in the wild. Some African tribes will use some of the aardvark body parts in their rituals or as food in their diet.

In Afrikan, the name Aardvark means ‘earth pig’ or ‘ground pig.’ Some other names you may have come across are  ‘antbears,’ ‘anteaters,’ ‘Cape anteater,’ and ‘earth hogs.’

Where do Aardvarks live? 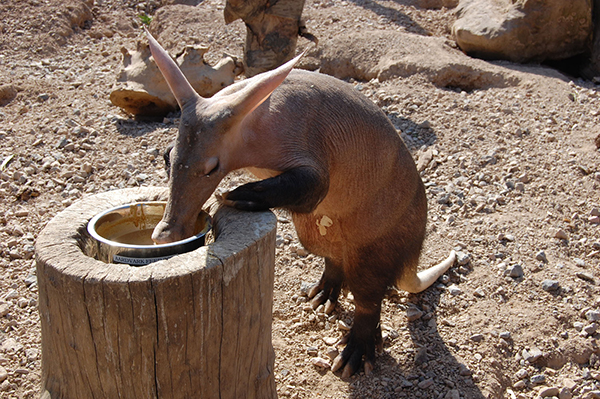 Aardvarks are fierce, robust mammals that are found in sub- Sahara Africa. They have many different types of habitats, including bushland, savannahs, Greenland’s, and they have also been spotted in mountain ranges.

As they are nocturnal during the day, they sleep in underground burrows and only coming out at night-time to feed.

They dig two types of burrows :

Temporary burrows: These shallow underground burrows usually about 10 feet long are for sheltering from potential predators at night when they are out searching for food. They are also quickly abandoned, and other animals will use them for shelter.

Bigger burrows:  These are used on a more permanent basis for mating and raising a family. Typically they are bigger (about 40 feet long) and can also have a couple of entrances and exits.

What do Aardvarks eat? 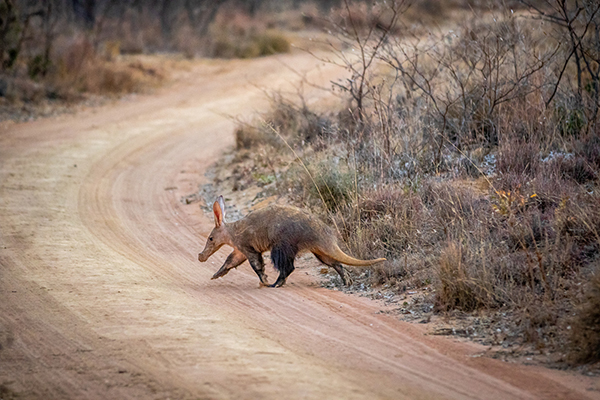 Aardvarks sticky tongue is used for catching ants and termites. They are known to eat around 50,000 in one night.

Because of the unique structure of their mouth and teeth, aardvarks swallow their food whole. Their stomach muscles chew the food, which turns it into a digestible form.

Termites do bite Aardvarks, but they have a tough skin which helps protects them

Do Aardvarks have predators? 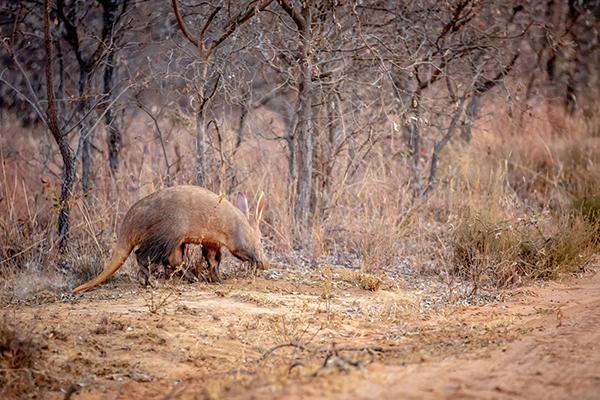 Yes, they have many different predators that hunt them, such as pythons, hunting dogs, leopards, lions, and hyenas.

Aardvarks are very alert and have excellent hearing that helps them detect approaching danger. They can protect themselves using their claws if needed. Should they need to escape, they can run fast in a zigzag and dig a temporary burrow quickly and hide.