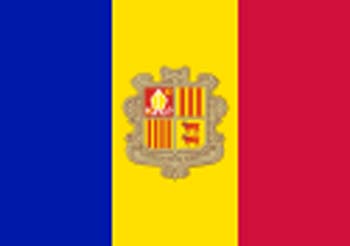 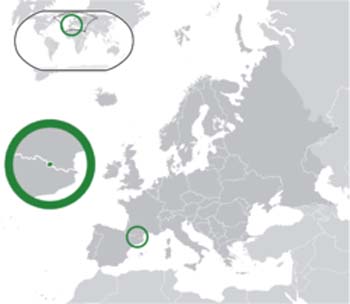 Because of its location, Andorra is ruled by a dual situation: Spain’s Bishop of Urgel and the President of France. The country is ‘landlocked’ (no available access to oceans) and has been listed as a ‘co-principality’ since the 13th century.

Andorra has an estimated ten million people that visit there every year due to the warm summer climate and the wonderful winter spots..

The turn of the economy has required that Andorra make changes to their policies regarding foreign investments. In the past, they never taxed these investments and now they have added more restrictions to a variety of economic policies.

Andorra doesn’t have any official army, as they are protected by both Spain and France. However, if there is an emergency in the country, all men between 21 and 60 years of age are required by law to defend and serve.

Andorra law dictates that the male head of each Andorran family is required to own a gun in the case of an emergency or an attack.

Valira is the largest river in Andorra. It is formed from the melting snow from the mountains trickling down and creating streams that run into the river in two main locations: Valira del Nord and Valira d’Orient. The Valira is also a tributary to the River Segre in a similar way that the two main Nile rivers contribute to the main Nile.

Much of the Andorra economy is based on tourism due to the warm dry summers and the excellent skiing conditions and winter sports.

The other industries that exist in Andorra are: cattle raising, banking and timber.

Andorra enjoys a low rate of agriculture through the growing of wheat, rye, oats, barley and the raising of sheep.

Andorra imports electricity, food and consumer goods. Andorra only grows 2% of the food that they consume; all the rest is imported.