The Amazon Rainforest is without a doubt one of the true wonders of the world. There are amazing animals and creatures and so much to see that it would astound you. This is one big massive rainforest that’s for sure. Read on for cool facts about this awesome place. 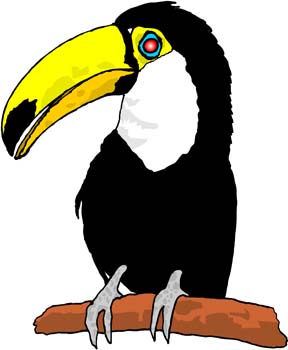 What you need to know about the Amazon Rainforest

The Amazon rainforest is in South America and covers 5,438,975km² of land. That’s seriously big. It travels across nine different countries. Isn’t that amazing! Brazil has 60%, Peru has 13%, and Colombia has 10% while other countries have small parts of the rainforest in their borders. It is the largest rainforest in the world. Not surprising when you think about how big it is. If it were a state, the Amazon Rainforest is so huge that it would have been the 9th biggest country as a whole. Wow!

If you had to walk down on the floor of the rainforest you wouldn’t be able to see all that much as it’s seriously dark. Very little sunlight makes it down there as there is a massive big canopy of trees that cover the top of the rainforest. If it started raining, it would take 10 minutes for you to get wet!

Did you know that there are absolutely loads of medicines that we use today that have come from plants in the rainforest, and only 1% of these have been tested. That’s amazing. With all those 40,000 species of plants, can you imagine how many more medicines and vaccines could be found to help people?

Interesting Facts about the Amazon Rainforest 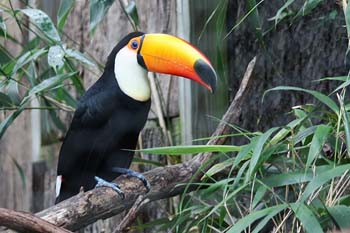 The is the loudest creature in the Amazon rainforest. You can hear them from almost 1km away. Wow, that’s a loud bird, don’t think it would be cool to be too close it might hurt your ears!

The amount of water that flows from the Amazon River into the Atlantic every single day is enough water for all the people of New York City, for an astounding 9 years! 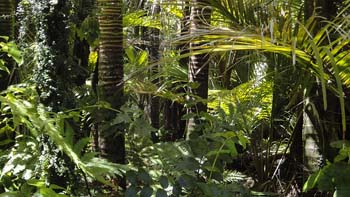 This is really sad, as all the forests continue to be cut down, 137 rainforest species are destroyed every single day! That is frightening. How many species will become extinct? Scientists think about 50,000 per year!

Everybody thinks that big corporations are coming in and cutting down the trees, but 60% to 80% of the reason that the forest is disappearing is due to cattle ranching. That’s quite something.

The Amazon Rainforest is a very precious place on Earth, and we need to protect it to make sure it survives for years to come. Hope you enjoyed these facts and next time you have a Geography test, let’s hope you get full marks, now that you know all there is to know!