The official name of this country is ‘The Republic of Albania’. It is one of the Balkan nations with mountainous terrain in Southeastern Europe. To get an idea of where it is located, it is across from Italy, divided by the Adriatic Sea. 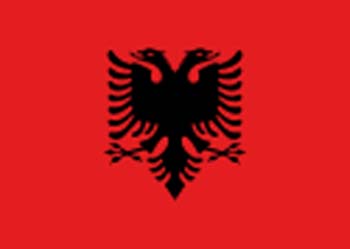 Albania was at one point so isolated from any of the Western cultures that it didn’t become known or exchange with the west until the 1990’s. The villages in Northern Albania are called the Dinaric Alps and they are 2,500 meters tall. The winters are so harsh that they call the mountains the ‘Accursed Mountains’ and many abandon the area due to the impossible climate.

Albania has been a country that was too poor to stand on its own so it was required to either align with a more powerful country or be conquered. It was under the Ottoman Empire rule until 1912, but Italy conquered Albania in 1939 and then fell under the communist rule in 1944. It remained aligned with the USSR until 1960 and then changed to be aligned with China in 1978.

In 1991, Albania established themselves as a multi-party democracy but the change from being dominated and ruled was difficult. The Albanian government had high unemployment and, combined with corruption throughout the country and an infrastructure that was falling apart, they had problems maintaining order.

Once the communists were no longer ruling Albania, they experienced widespread networks of organized crimes and political parties that had a lot of internal fighting.

Albania was under communist rule for over forty years, finally ending in 1991. The wars that occurred in Kosovo, the neighboring area, caused many of the ethnic Albanians to flee into Albania in 1999. Over 480,000 people arrived to escape the wars. As one of the poorest countries in Europe, they barely had enough to feed everyone.

In the 15th century, Skanderberg, the Albanian national hero, fought the Ottomans. There is a square that has a large statue of him on his horse. He has a name that was derived from Alexander the Great who fought the Illyrians and comes from nearby Macedonia.

The 2009 elections in Albania allowed it to have the first coalition government and they joined NATO in the same year.

Albania’s economic situation is slowly growing, even though it remains one of the poorest nations in all of Europe. Growth is slow because of the lack of money to devote to transportation and energy infrastructures.

The southern area of Albania shares its coastline as well as culture influence with Ionian Greece. The beaches are filled with resorts such as Drymades, and they are a popular place for visitors and tourists in the summertime.

Much of the country’s industry is involved in textiles and clothing, oil, lumber and food processing

Albania is known for the export of footwear and textiles as well as metals and metallic ores, asphalt and crude oil