Since man has been on Earth they looked at the birds and have wanted to fly. Birds make flying look easy, but they have hollow bones and feathers. Man does not. However, that didn’t stop humans from finding a way to soar high in the sky. Read on to discover all about the airplane, like how it came to be, how it works and even what NOT to do on an airplane. 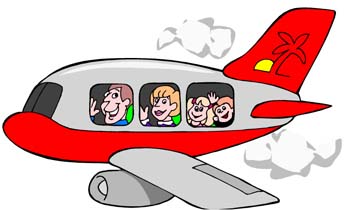 The History of the Airplane

The history of flying started way back in 400 A.D with the Chinese. They invented the kite, which got scientists thinking about wind currents and how they worked. In 1485, a famous painter (Leonardo Da Vinci) drew pictures of flying machines. However, it wasn’t until much later when two brothers were successful in making the first flyable airplane.

The date that made history was December 17th, 1903 when the dream of Orville Wright and his brother, Wilbur came true. Orville took to the sky in his first ever motor-powered aircraft. The airplane sputtered to life and flew 120 feet (36 meters) in only 12 seconds. People were astonished that their dream of flying was now being made possible.

Ponder This: Wilbur also tried his hand at flying their creation. How do you think his flight went? Find out in More Freaky Flying Facts. 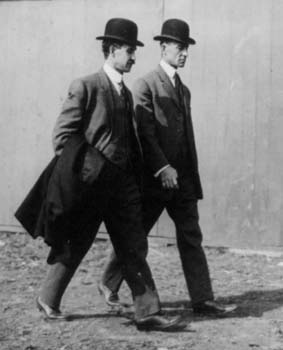 It’s All About Defying Gravity

Gravity is the invisible force that keeps us (and everything else) from flying off the Earth. So when it comes to designing an airplane, it’s all about defying this heavy force.

One of the things that helps an airplane fly is the shape and length of the wings. These are specially designed to give the airplane lift. They are called, airfoil. The body of the airplane or fuselage is long and thin, which makes it more aerodynamic (how the air moves around the plane). The engine gives the airplane enough thrust to propel it forward. With all three of these components working together, the airplane is able to overcome the drag of air currents and the heavy weight of gravity.

Ponder This: Special airplanes can reach speeds up to 1,235 kilometers-per-hour (768 miles-per-hour). What are these jets called?

There is more than one type of airplane. Read on to discover all the “metal birds” we have today.

Gliders: the old-style gliders did not have a motor. A person would go to the top of a high cliff and jump off (he/she would be strapped below the glider’s wings). Today, modern gliders have small engines to help them get off the ground and to extend the flying time.

Passenger Airplanes: these are designed to hold many people and travel all over the world.

Helicopters: these have huge blades on top of the body to created lift and motion. Helicopters usually only carry a few people at a time.

Jets and Fighter Planes: these are mostly used in the military and can reach speeds up to 2,574 kilometers-per-hour (1,600 miles-per-hour)!
Space Shuttles: these are purely for going into outer space. They are between an airplane and a rocket.

Paper Airplanes: made from ordinary paper and designed for pure fun.

Ponder This: Passenger airplanes can carry hundreds of people. How many do you think the biggest one (the AirBus A380) can transport? 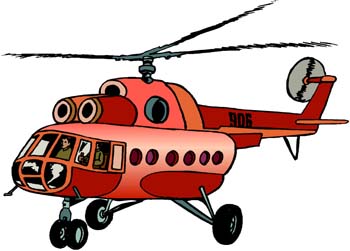 What NOT to Do On an Airplane

Being on a long flight can be very boring. But there are things you can do to pass the time. Try reading, listening to music or taking a nap. However, there are things we don’t recommend doing while you are in an airplane. Read on…

Ponder This: there is one very serious thing you should never do on an airplane. What is it?

We haven’t flown over all the fun just yet. Here are the answers to your ponder this questions. Check it out.

Now that you have learned all these high-flying facts, you can glide over to your friends and family to share your new-found knowledge. Who knows? You might just become known as “the pilot of the best airplane facts ever.”